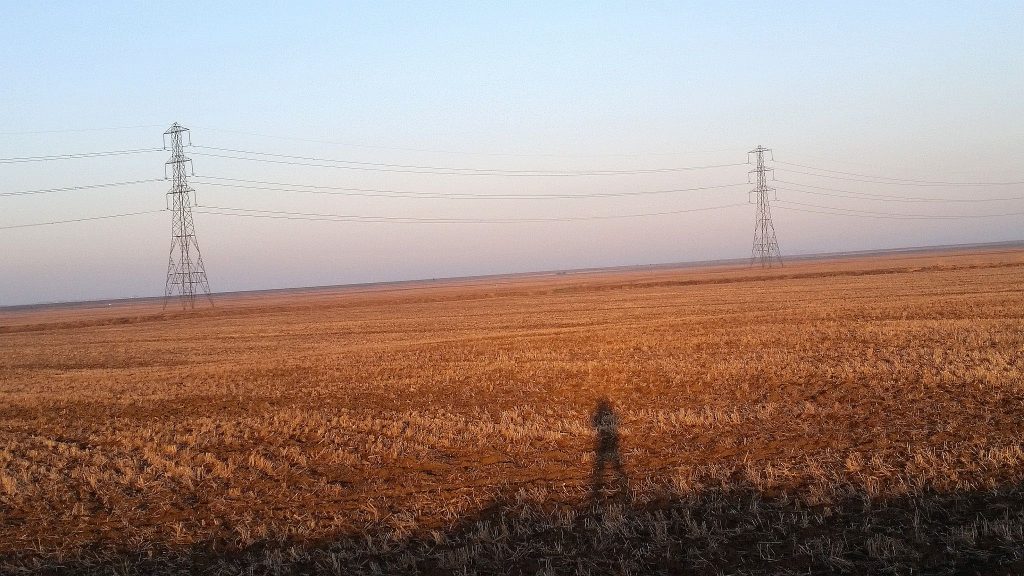 I have been walking down to the sea wall for a number of months.  On gray, leaden cloud days when my heart sinks I force myself out. It takes about 80 minutes from door to sea, it takes 2 minutes for the clouds to lift from my mind. To get there involves walking through Abbey Street through the town, through Standard Quay with its predictable shabby chic antique shops, wine bar and vinyl shop and on through to Iron Wharf. This a boatyard of many years standing dating back to the days when Faversham was an port of some regional significance.

Iron Wharf – for such a place to exist in these cleansed days is extraordinary. It gives shelter to hundreds of boats from a mercifully few sleekish yachts, to rotting hulks and large Thames barges under reconstruction. 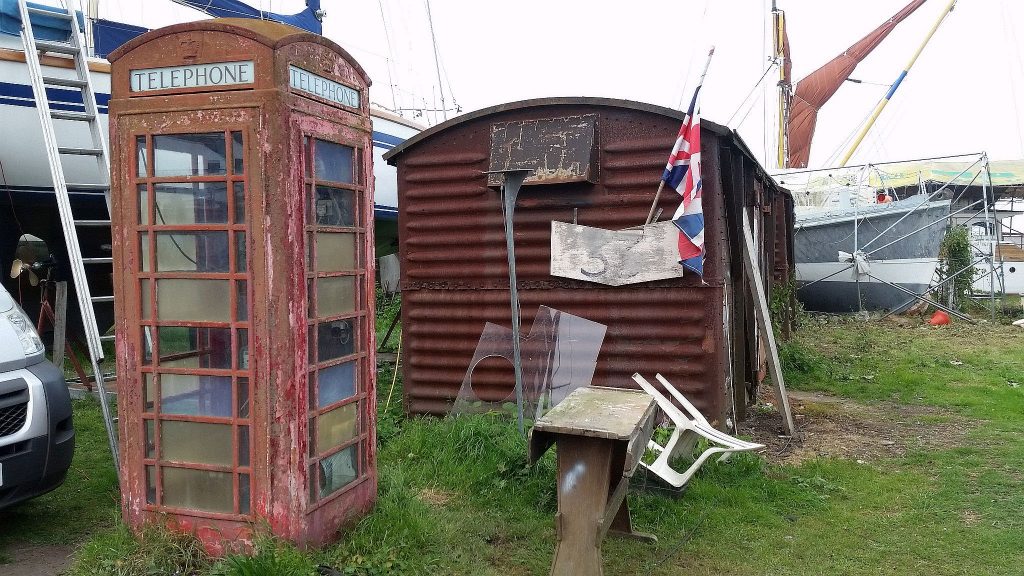 Once there was a branch railways that came off the main Faversham to London track down to the wharf, there are still many old freight trucks, all with their own history to tell 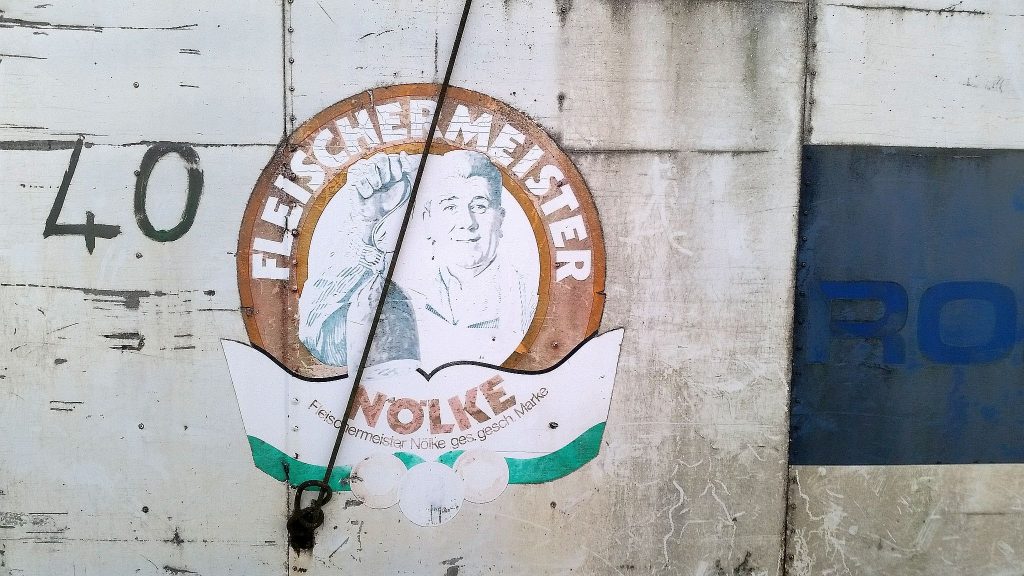 A fascinating old lady lives in one of these old carriages. She doesn’t suffer fools gladly myself included.  I made the mistake of saying hello and sharing my observation that it must be a lovely place to live

I love people like this, irrascible outsiders who need no affirmation. They give you a spring in your step, allow you to see it is possible to re-draw the map. Her home is delightful, a small railway freight truck, she has a wood buring stove inside. 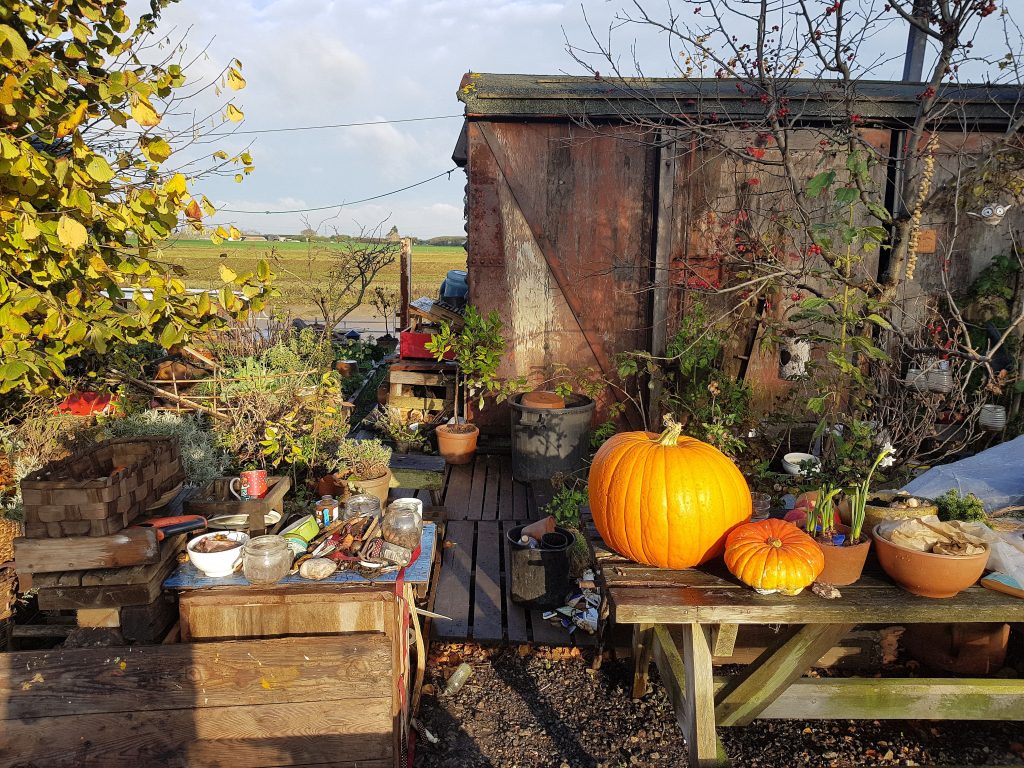 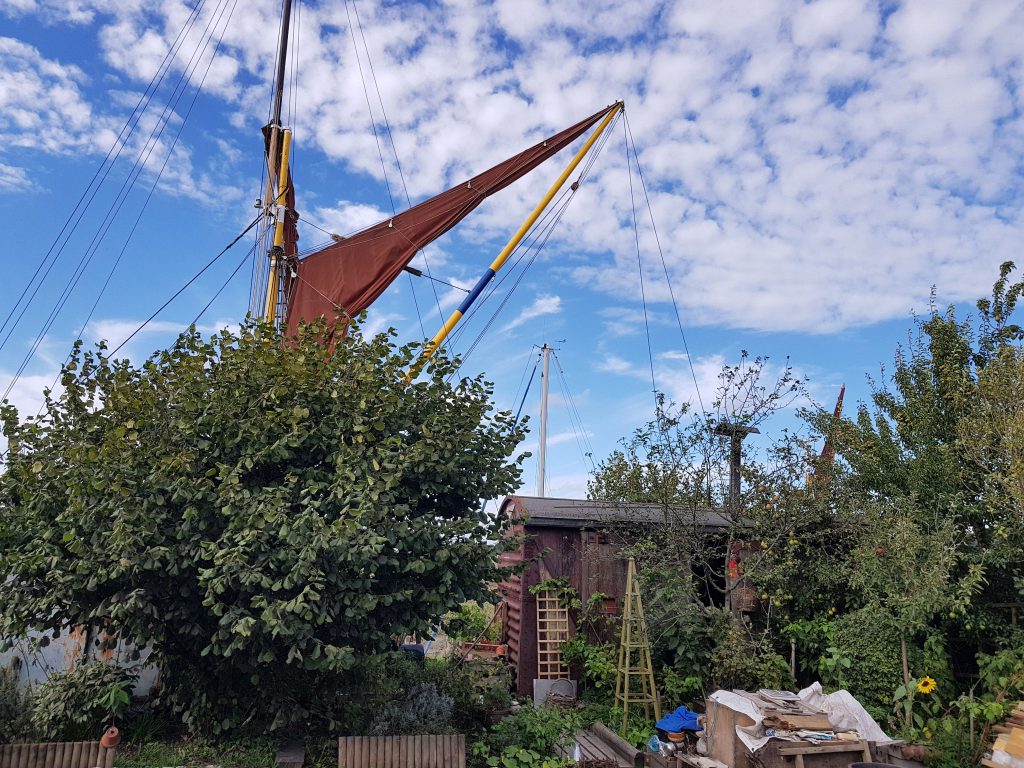 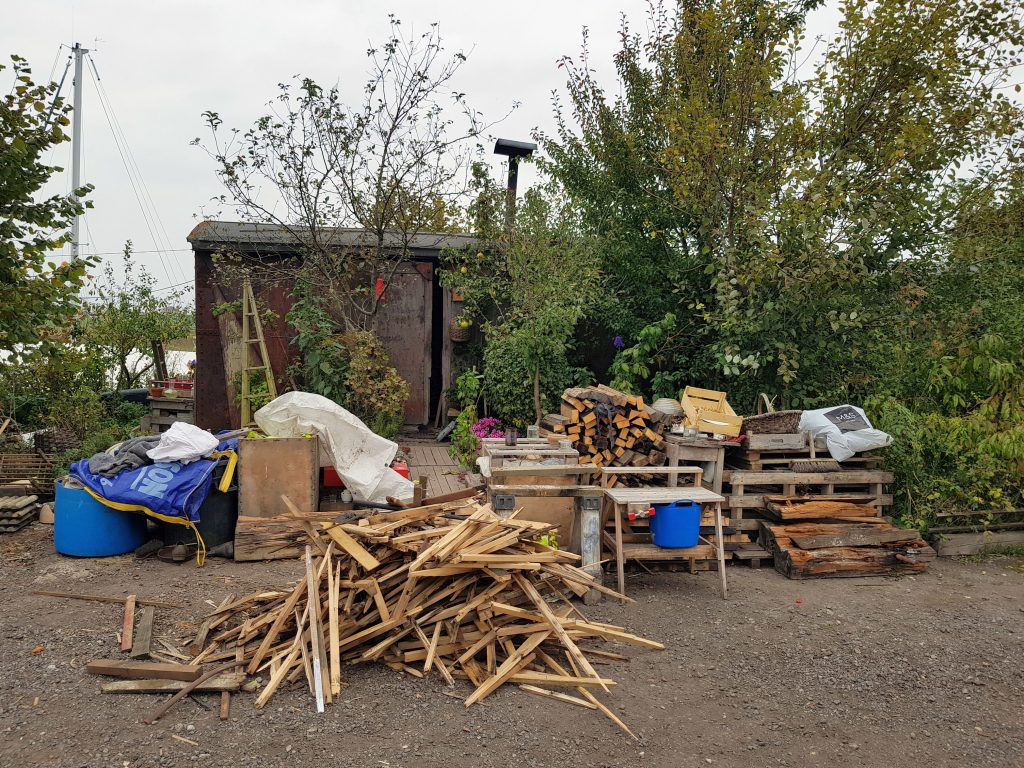 I admit to being a little obsessed by her house, outside is always changing, always interesting.

Leaving Iron Wharf you cross over a rickety bridge and as soon as you are over you can feel the wind and space. Wending your way alongside the meandering creek, the sound is of lonesome curlews, startled cries of redshank and oystercatchers.  When the tide is out and the banks are bare it can be a mournful feel but there is real beauty in the contrast between this and the nearby town. 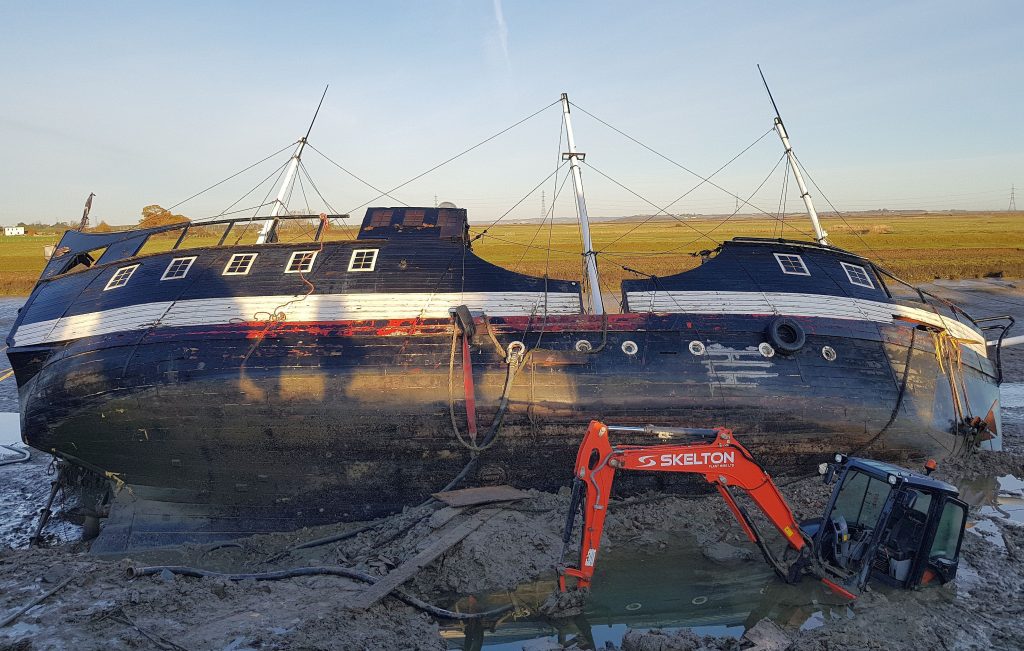 There are many memorable sights such as this pirate galleon that listed sideways. The galleon was moored on Iron Wharf but wanted to avoid mooring fees and drifted downstream. Modern legend, created only weeks ago but as potent as hundred year old myth, has it that the owner hired a digger which ended up in the ooze. Driven mad by his predicament he went to the local pub and started to drink heavily. Enraged by an eighty year old man who objected to the mess his muddy boots had left on the floor he proceeded to beat him savegely and hospitalised him. The galleon owner reportedly fled to France and has not been seen since.  Such are the wonders of these wide open spaces. Not least of which is that, unlike in the town, people stop and say hello and sometimes speak, often of interesting and stimulating things. Once over the bridge onto the marsh people change, their relationship one to the other. It does not happen all the time but much of the time. Why is this? This particular walk is not unique, it happens often once you leave the outskirts of a town- only a few paces outside the pavements it is as if we remember we are of the same family. It is not just greenery, it doesn’t happen in town or city parks. How wonderful this is. 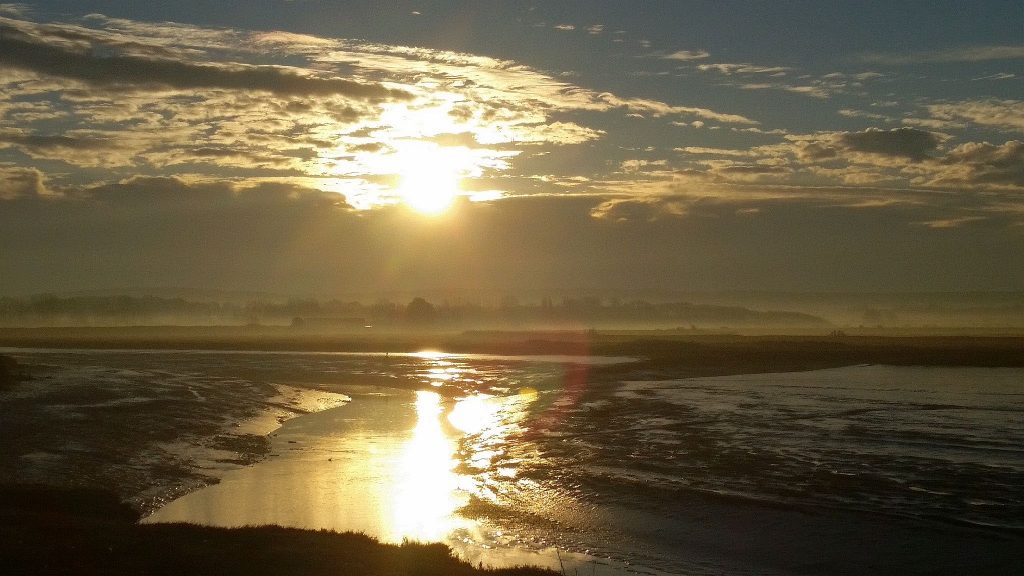 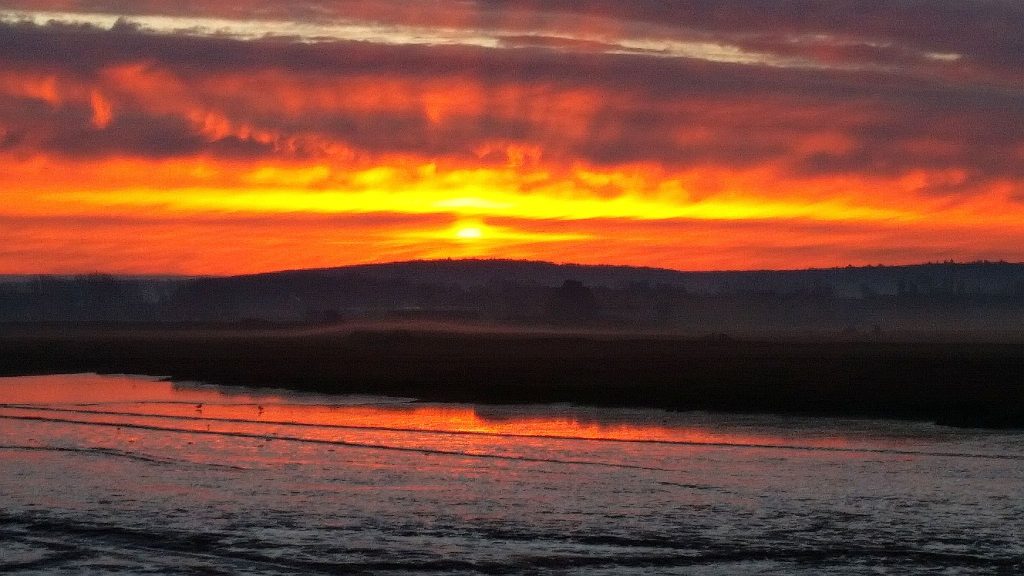 The same landscape changes every day with the light and seasons, my mood changes also but I always return home feeling better than when I left.