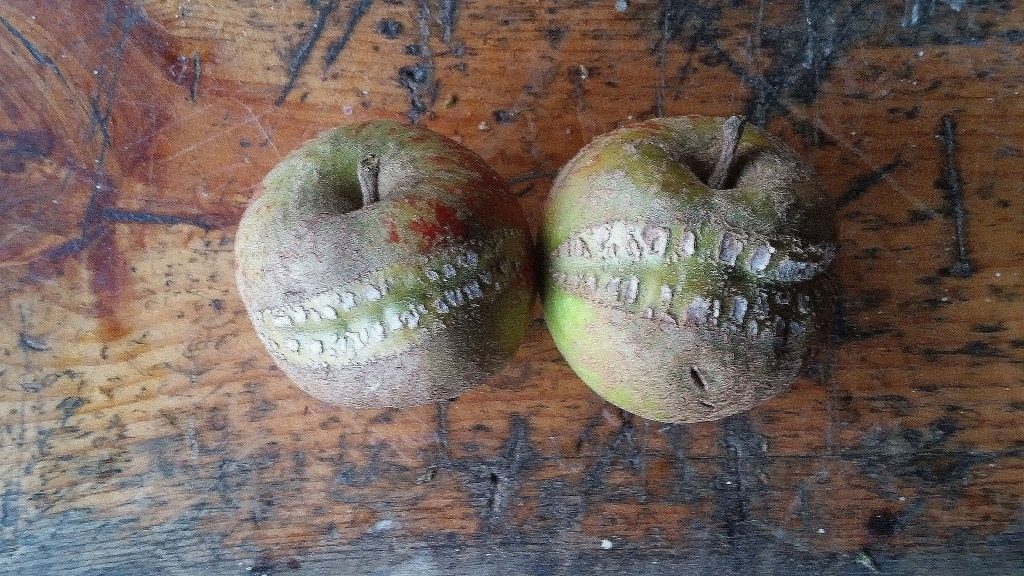 Mid to late September is cider making time. It’s been a thing in our family for the last 38 years (apart from one year, during a disasterous move to Wales). For the last 15 – 20 years aples have been sourced from a beautiful old fashioned orchard just outside of Faversham. It is owned by a delightful chap who doesn’t spray chemicals, in fact he doesn’t even pick any of the apples. 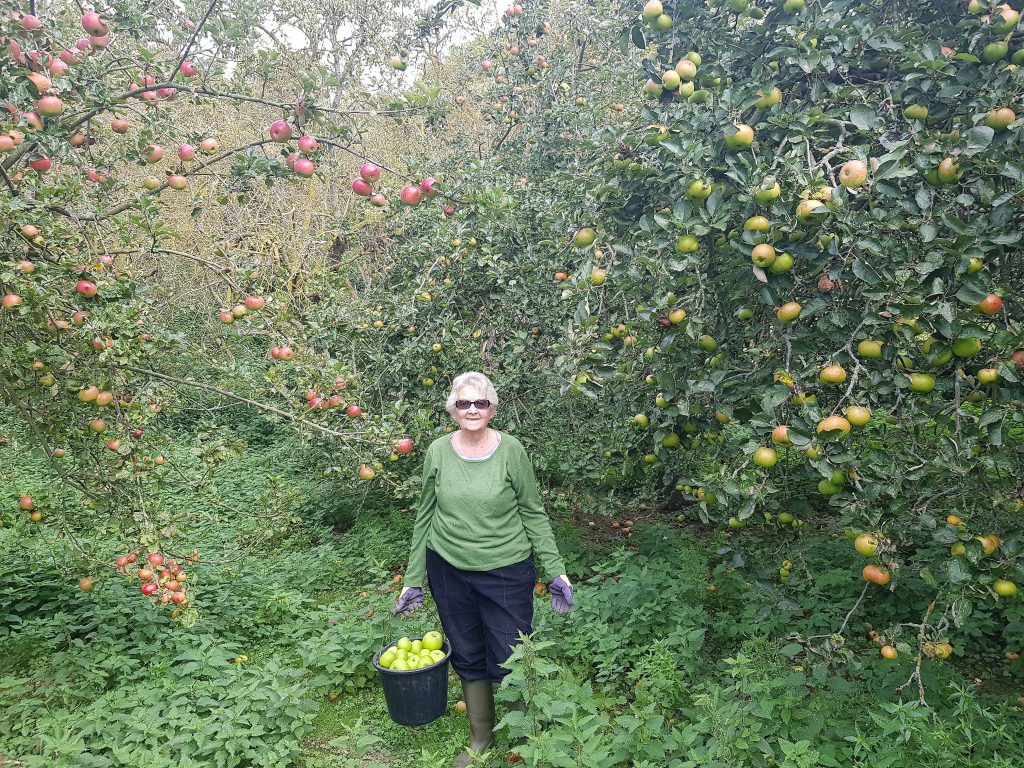 It must be one of a few remaining traditional apple orchard in Kent. Nowadays apple trees are dwarf size, economics dictates, beauty and tradition die, harvest time has become mechanised. Years ago people from London’s Eastend used to come down to Kent during their holidays to pick apples and hops, to earn a bit of money and to be out in the fresh air.  On one of our favourite walks up to Telegraph Hill, you come across the remains of hop pickers shacks. A reminder of how vibrant the countryside once was.

But, as the great Ronnie Corbett says “I digress”.

Most years we make about 80 gallons. The process from start to finish takes about 4 -5 days. It is a real marker in the year, the last goodbye to summer before the onset of darker days.

The apples are milled twice, one coarser and another finer mill. 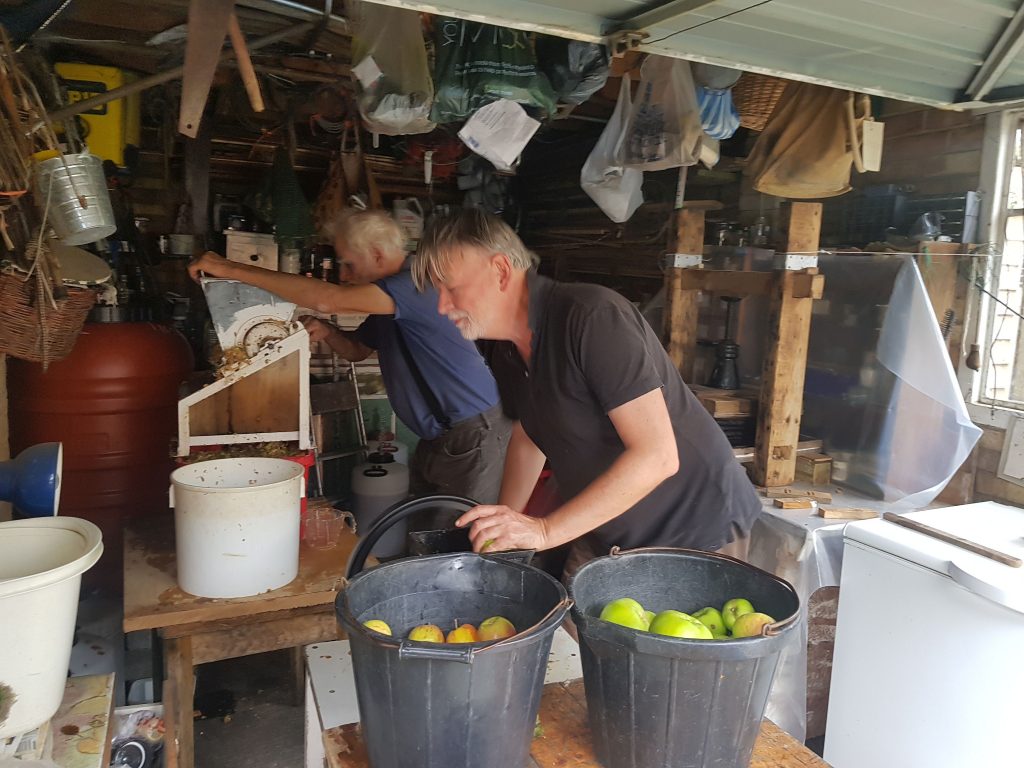 Then the finely ground apples are racked into muslin covered ‘cheeses’, stacked on top of each other and then covered with a wooden slab and pressed using a car jack. It is all delightfully Heath Robinson, but it works well. 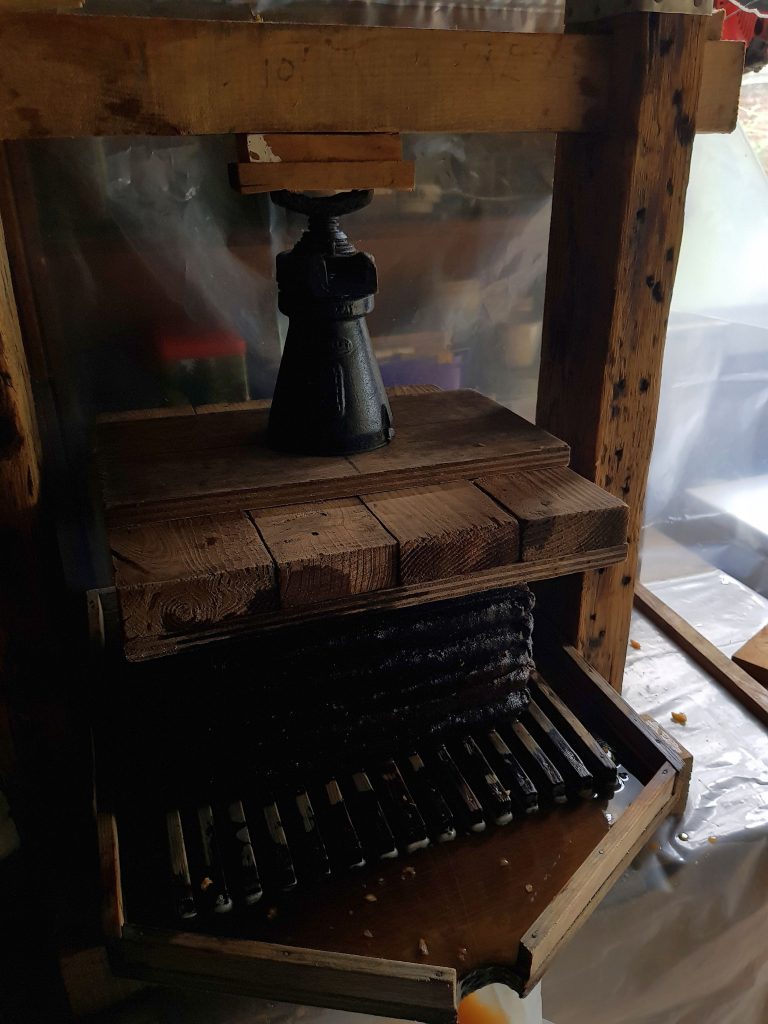 We could go electric which would cut the time dramatically, but where would the fun and sense of achievement be found in that? Its a great thing to all work together, great fun and good excercise. During the winter months as you take a sip of cider, you are reminded of those glorious early autumn days, in the fading sunlight when you were picking, milling and pressing. 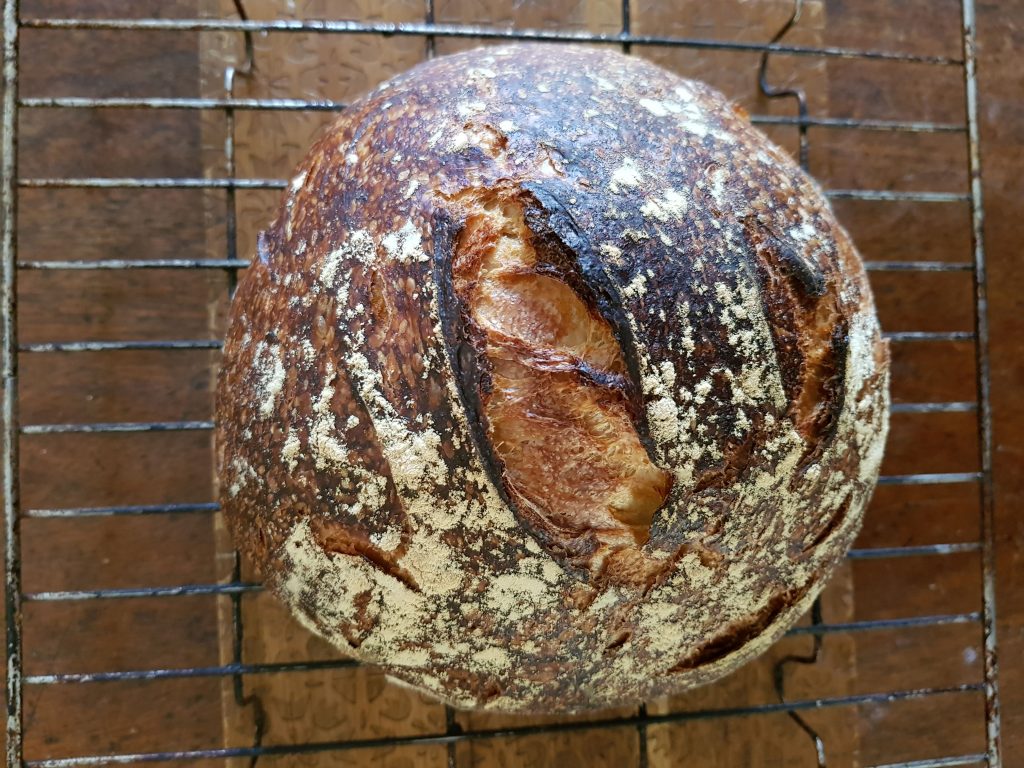 The day I started to make sourdough bread I entered a whole new world of pain.

The idea of baking something totally from scratch really appealed to me. I have always loved the bread making process. My mother is a master pastry cook. She is quite simply the best, I have never tasted more buttery, crumbly cases of gorgeousness that just make you go AAAHHH. Perhaps its because she’s French or as she always says “I have very cold hands” adding, to the delight of my nieces, ” and a very cold heart” 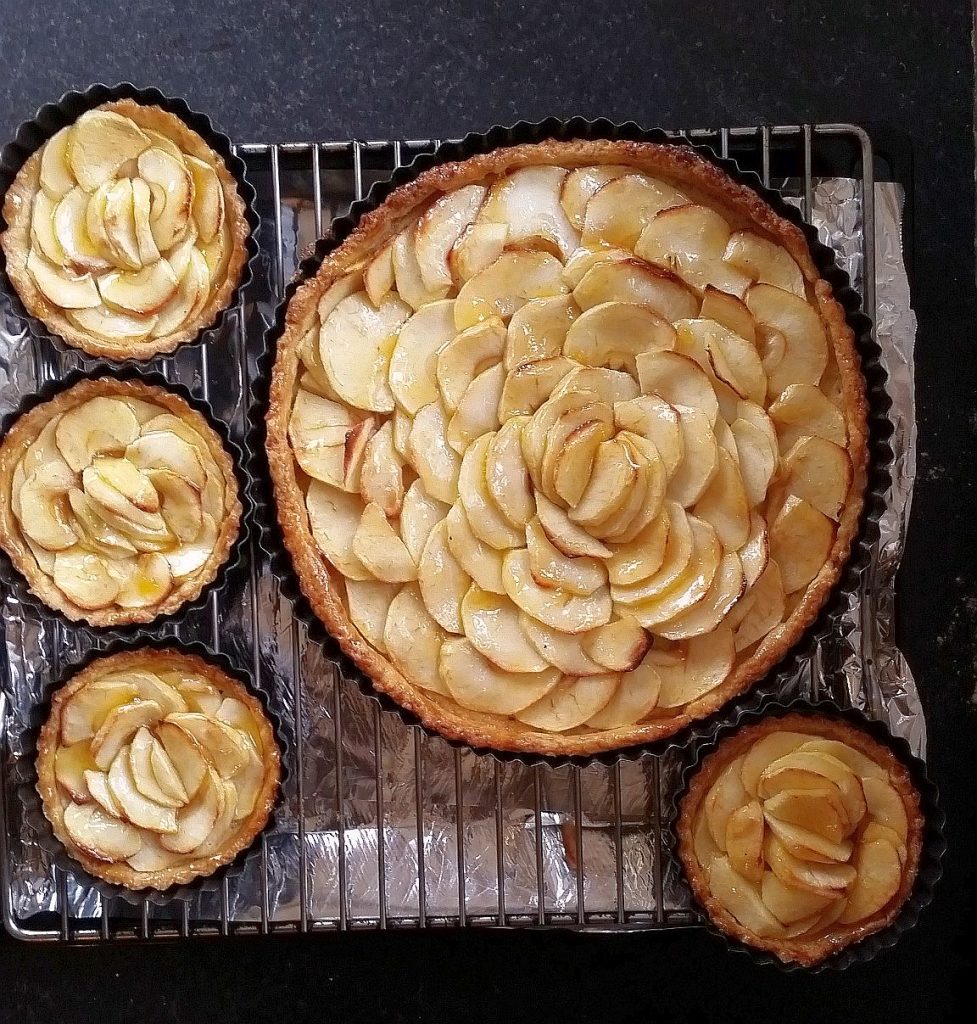 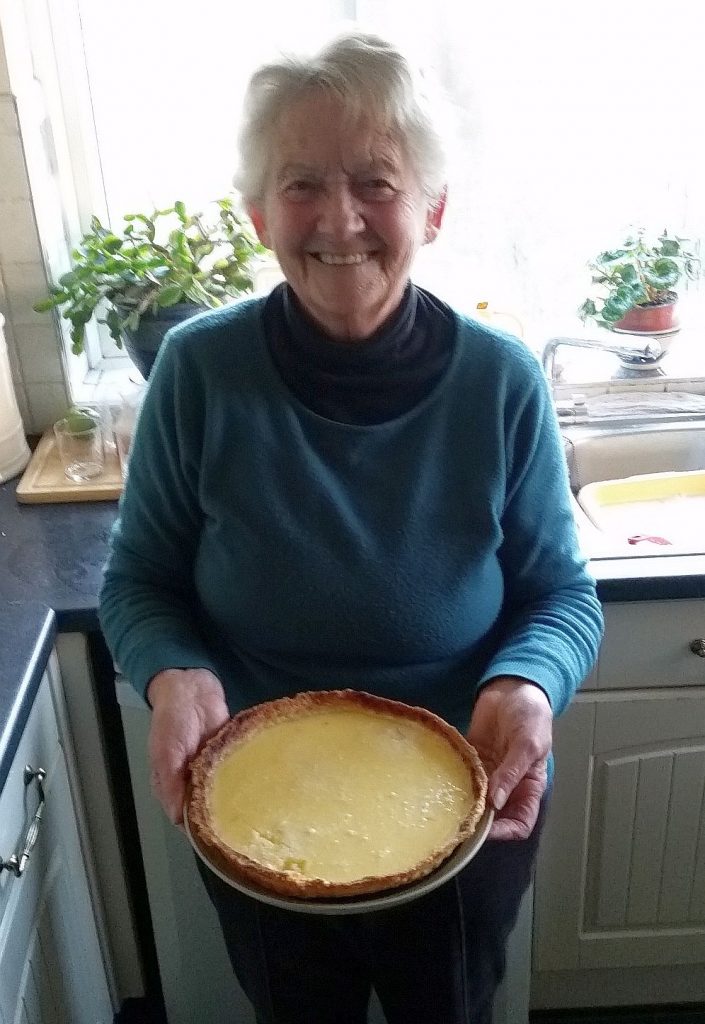 She is also an incredible breadmaker 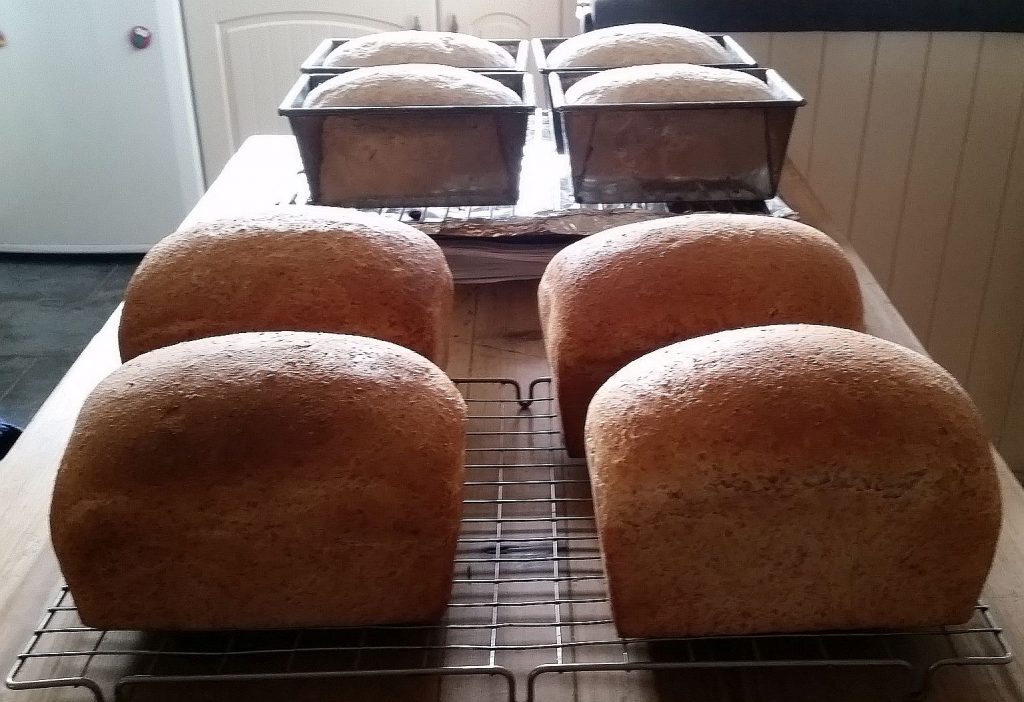 So, it was with hesitation I decided to make sourdough. I had heard stories of people throwing their sourdough starter out of the window in frustration and so my hopes were not particularly high. Yes, to the starter. This is what separates sourdough from the rest of the bread world. Where the fascination and meaning lies. Just flour ansd water, left for ten days to attract natural yeasts ,it bubbles and rises and that is what you feed daily and keep like a pet.

My first foray into the world of the sour dough was, frankly, disasterous and dispiriting in equal measure. 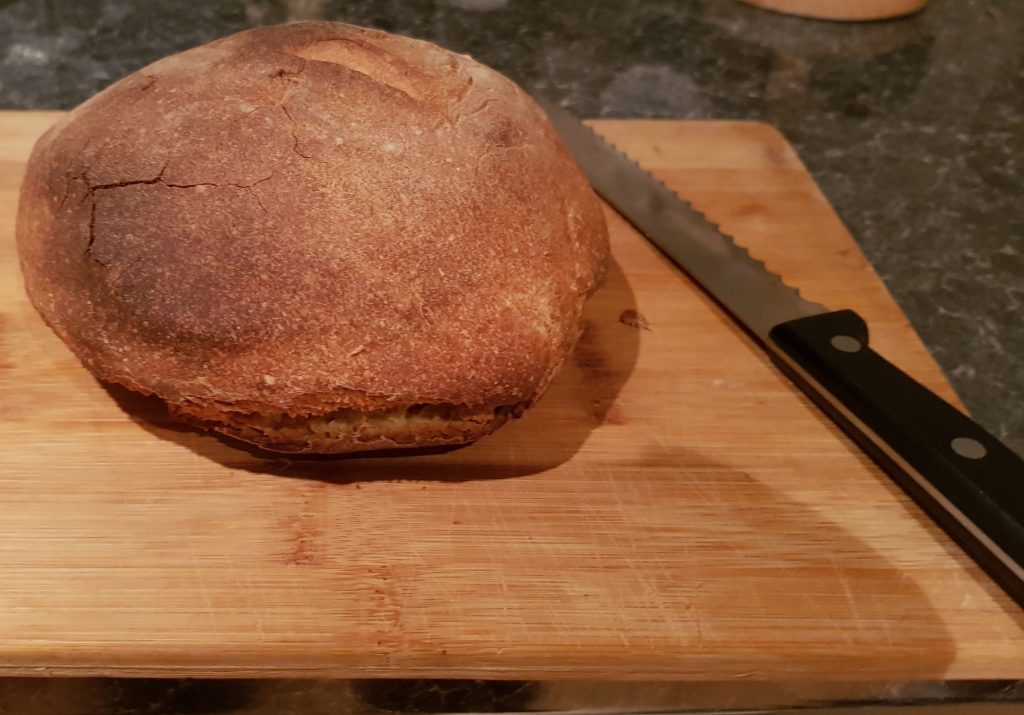 It was about the twentieth time of consigning yet another uncooked, brick heavy, curiously shaped loaf into the bin when I realised I could not carry on. My family were begging me to stop, seeing the toll this ritualised form of defeat was having on me and suffering my short temper on bake days. My one excuse was my oven. It is old and unreliable, I bought an oven thermometer and recorded a maximum of 180. I spoke with our local sourdough baker on the market and he laughed “You wont do it unless you can get to at least 260 pal” So, knowing I was beat I stopped. I slopped my sourdough starter down the sink, feeling guilty of killing the thing I had kept alive for so long. My family breathed a sigh of relief and time passed.

But the dream live on. It nagged at me, I wanted to find a way. I gambled on a new oven. 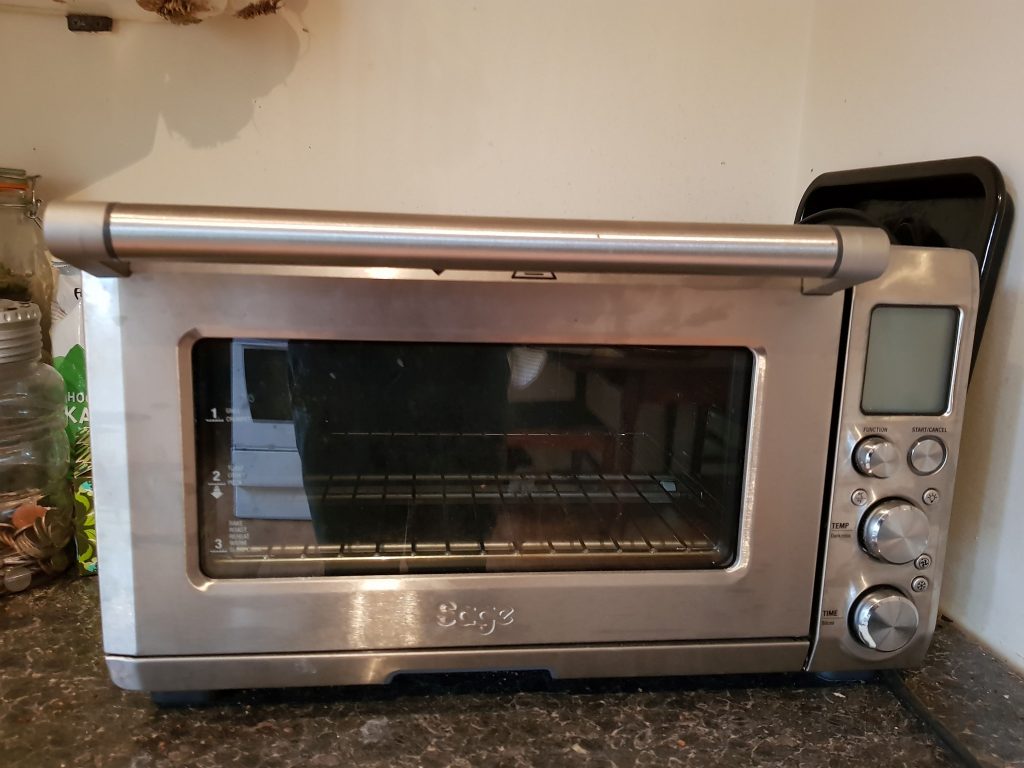 It cost more than I was comortable with parting. Its maximum was 230 degrees. I wasn’t sure it would do the job. I brought another element into play, a LeCreuset cadged off my mother to serve as a dutch oven.

I made a new pet, using part rye and part wholemeal flour for my new starter. But still this wasn’t enough, it produced ok results but not what my heart and soul required. And then I found this chap, my sourdough hero who should be given a medal. If ever he comes to Faversham I will ensure he is given the freedom of the town.  I followed his instructions to the T and immediately my loaves improved. The process is long, it starts for me at 1pm and usually the loaf comes out the oven 25 hours later. It is a demanding master – it does not tolerate shortcuts but it produces results.

Like all social media postings this is one of my better attempts. I haven’t cracked it, that’s for sure. I want to get a lighter stretch but …… Also I am baking white loaves, using french flour (beautifully fine and silky to the touch) It is another matter altogether using wholemeal, much more of a challenge to get the rise and lightness. But for now it is a joy and I don’t think I can subject my family to anymore stress just yet. I feed my starter every day, he is called Baldwin, named after Baldwin Hill Vineyard where my sourdough hero lives. 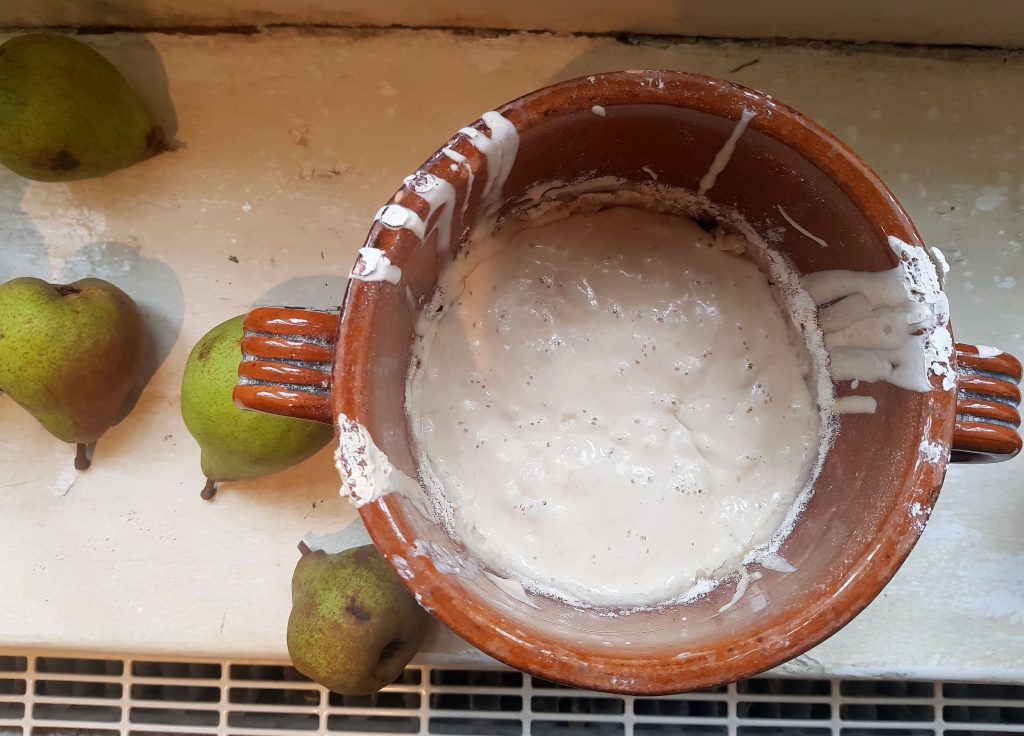 Baldwin may not be the most attractive chap but being only two years old he is young and virile.

Everyday I serve Baldwin breakfast, feeding him flour to keep him active, when I say good morning to him it makes me laugh. He shares the same name of a famously irrascible friend of my good friend Mr Neil.

For now Baldwin is happy but he can turn at any given moment. Never let your sourdough defences down is what I have learnt. Baldwin is a cruel master. 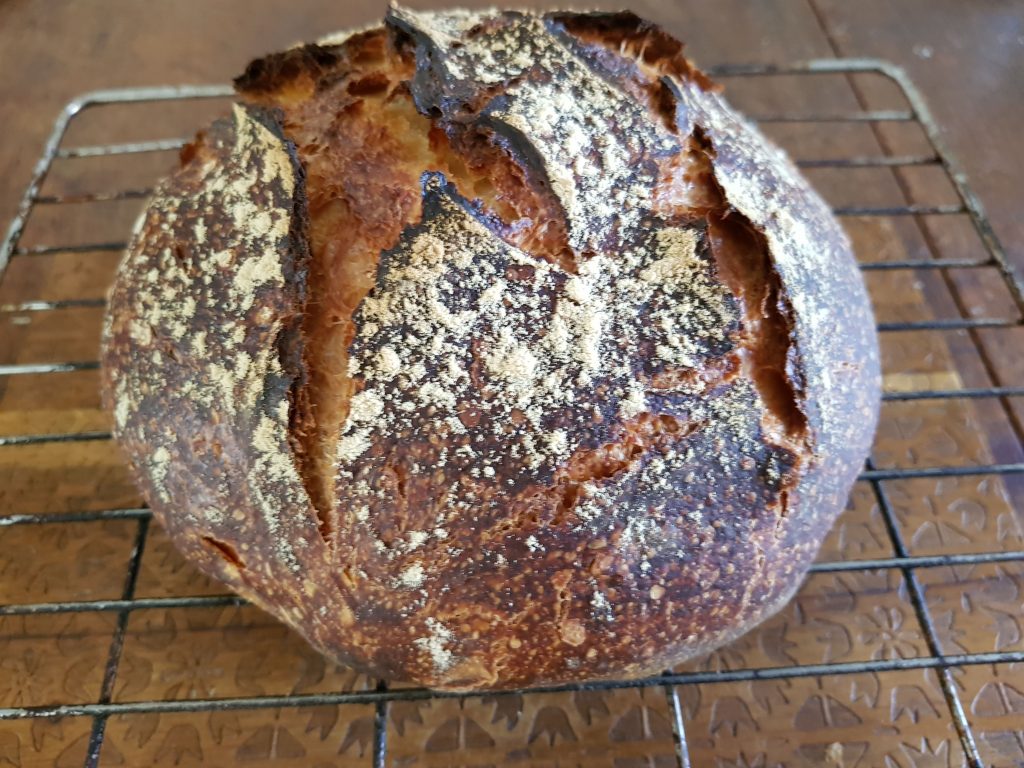