The long awaited day has arrived.

Two and a half years after placing my name on the waiting list I was offered the choice of one of two plots on Stonebridge allotments. The first was on a slope with a beautiful view of the allotment ponds and waterways. The second a flat, small plot but with a big greenhouse, the possibility of a large shed and a very big black bucket! 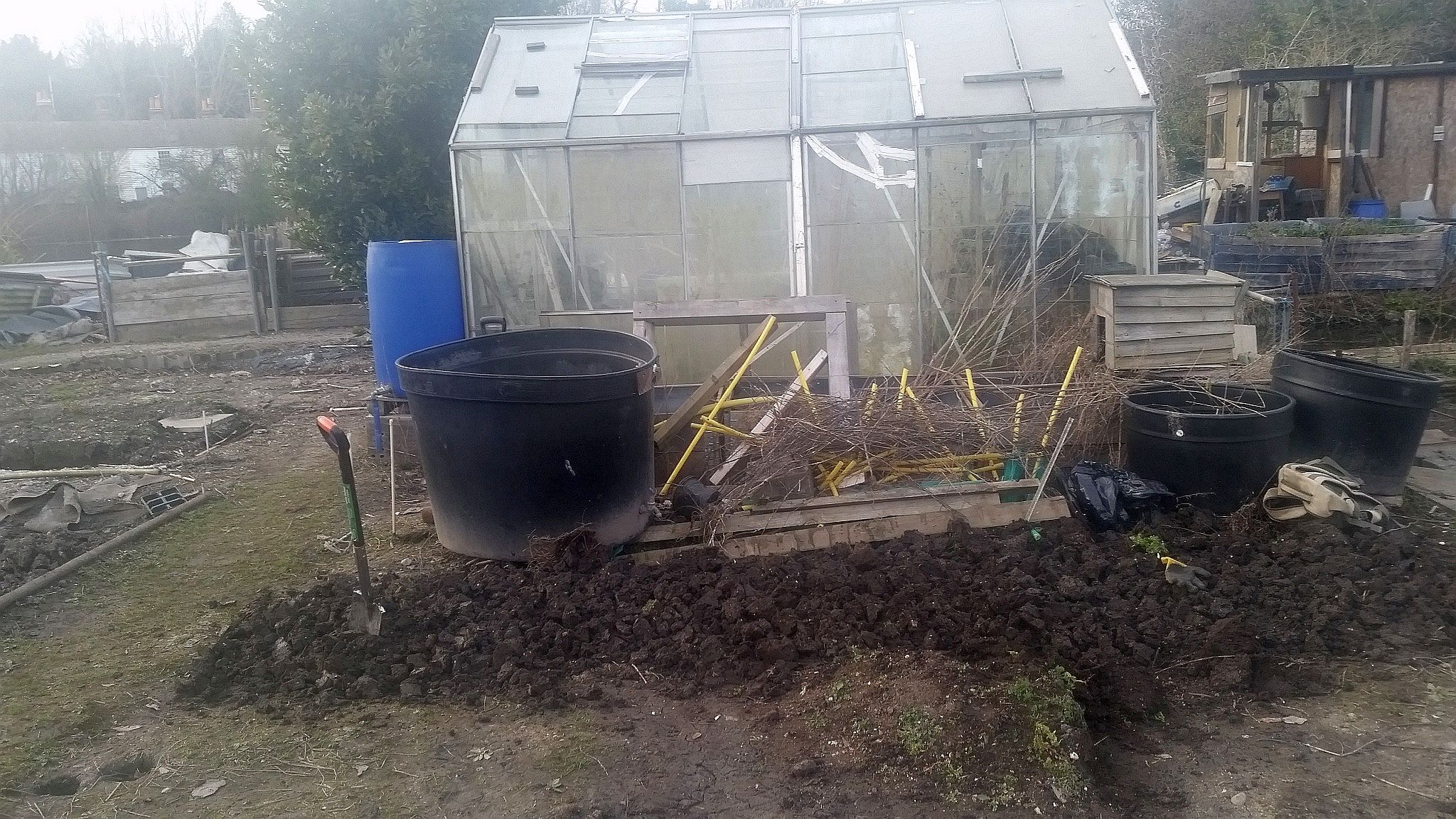 And a rather charming plastic woman in a state of undress on the bridge connecting my plot to Patrick, one of my neighbours. 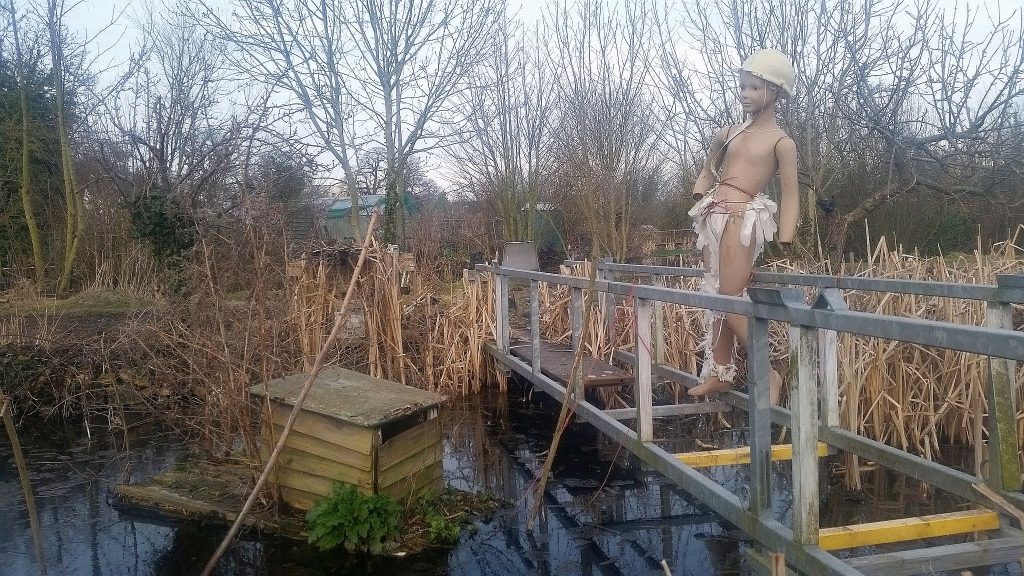 Despite some initial reservations, I snapped this plot up. The shed was confirmed a few days later for a small fee. 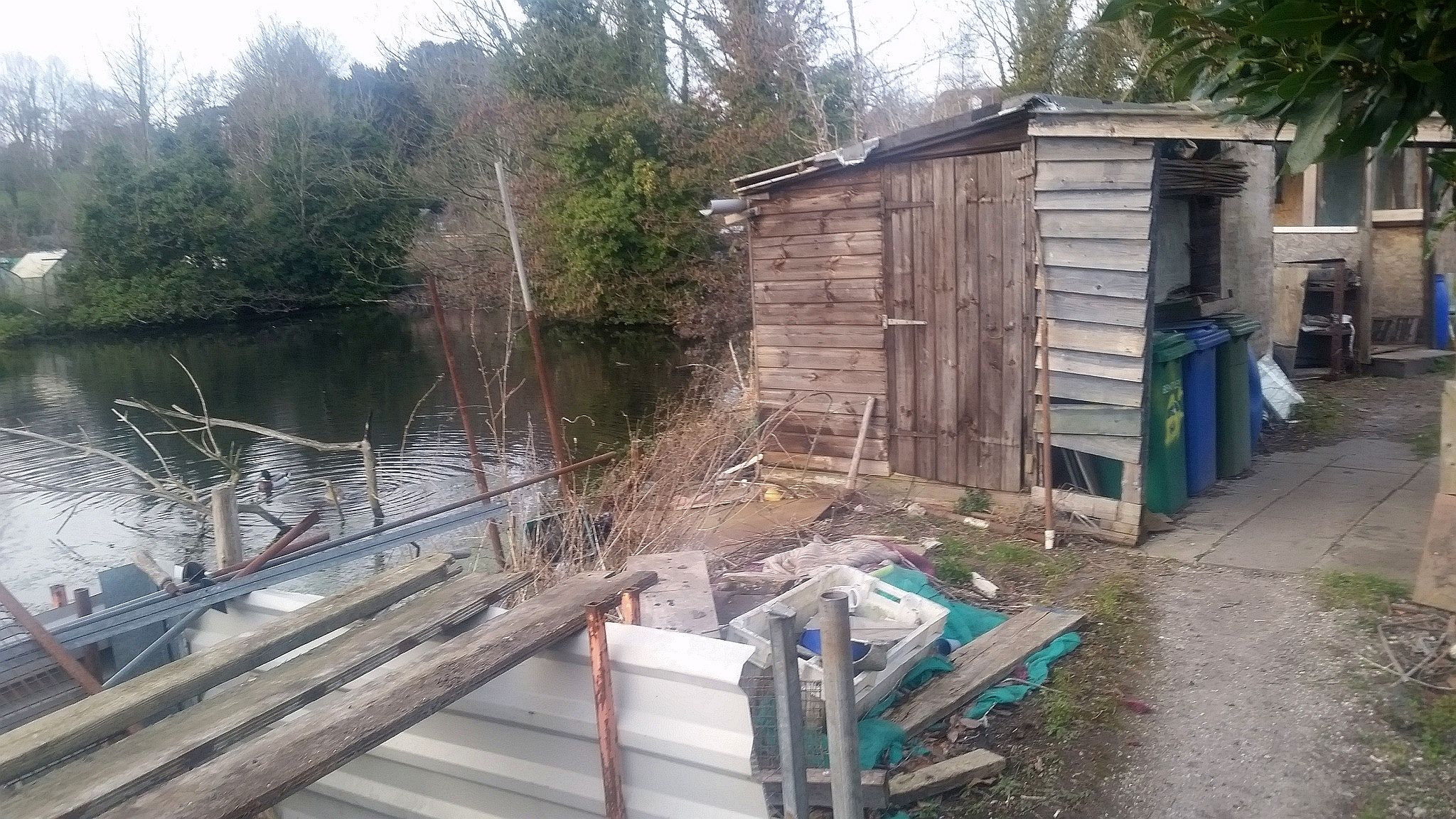 The plot was a mess, it required a lot of clearing up, the ground hadn’t been dug for a number of years. I noticed how wet the soil was and at one point hit standing water – only a spit (spade length deep.) This didn’t augur well but I had committed to it and it felt as if my dreams had come true. The setting was incredible. Stonebridge allotments are contained by a large brick wall on one side and water the other. It stands on the site of Britain’s first gunpowder works. With over 100 plots of various sizes, it is a beautiful place. Right in the centre of the town it has numerous waterways, filled with wild watercress, bullrushes, ducks, geese, swans, herons, coots, dabchicks and kingfishers. These water courses were used to transport the gunpowder, providing a smooth passage for the punts. Two men were employed full time to clear the waterways. Any bump or sharp shock could have explosive consequences. 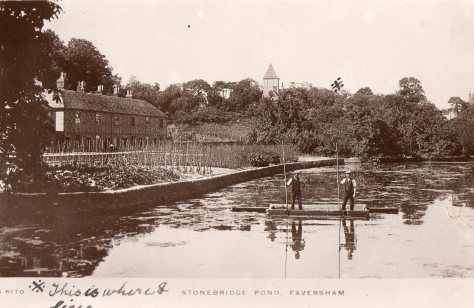 I knew the site well, my Dad had a small plot here, part of his allotment empire. I had met Bill, one of my new neighbours, before, a Stonebridge stalwart of 30 years standing and site warden. I had often seen him roaming around helping people out. He has that rare human commodity – character, and I am thrilled my plot is so close to his. 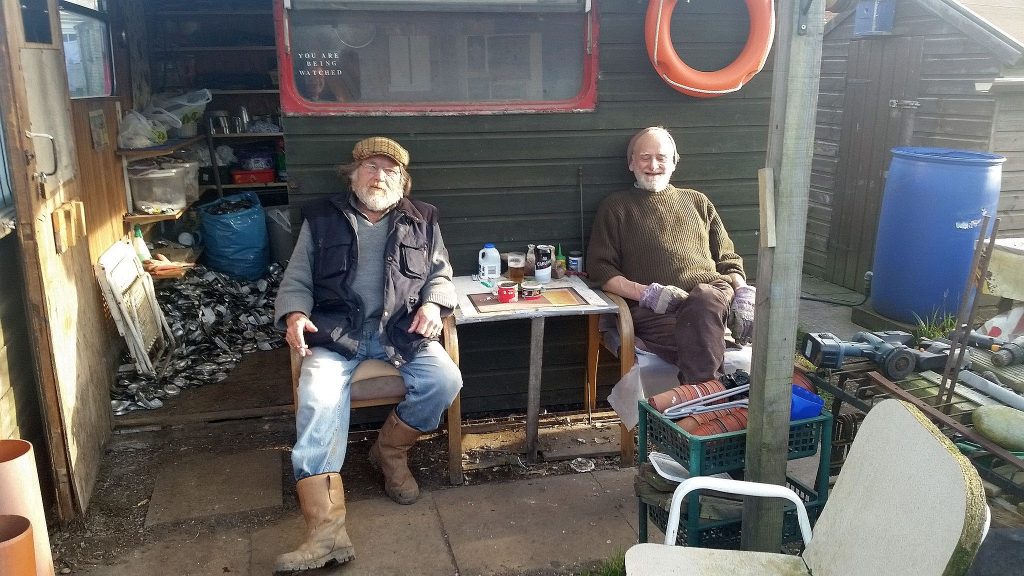 So, I set to work. It was close to being the perfect time of year, just time to prepare for the first growing season. Being only five minutes walk from my home in the centre of town it was as if all my birthdays and Christmases had come at once.  Learning how to grow with my dad was fantastic but I needed to make mistakes and learn from them. This was literally a blank canvas, albeit a canvas of soil 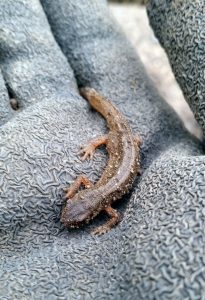 But I soon found this to be untrue, digging at the far end of my small plot on a raised bed close to the adjoining waterway I came across five hibernating newts. Even with my disturbing the soil around them they remained asleep. What to do? I couldn’t just leave them exposed, it was still cold and they would probably die. I created a soil mound and placed them carefully inside. Imagining a sort of newt hotel. Pleased with myself I told my brother a few days later and his laughter ended with an outraged snort.

“You created a newt burial mound, you fool. When they dig into the soil they create air pockets you just piled a load of earth on top and suffocated them”

Only a few days in I had successfully murdered the inhabitants of my plot. I felt sick and remorseful. Not a good start. Turning over the sod the next day I looked over and there was a frog looking at me with accusatory eyes. I decided to leave him well alone and learn my lesson. I need to tread more carefully – this place is not my home. 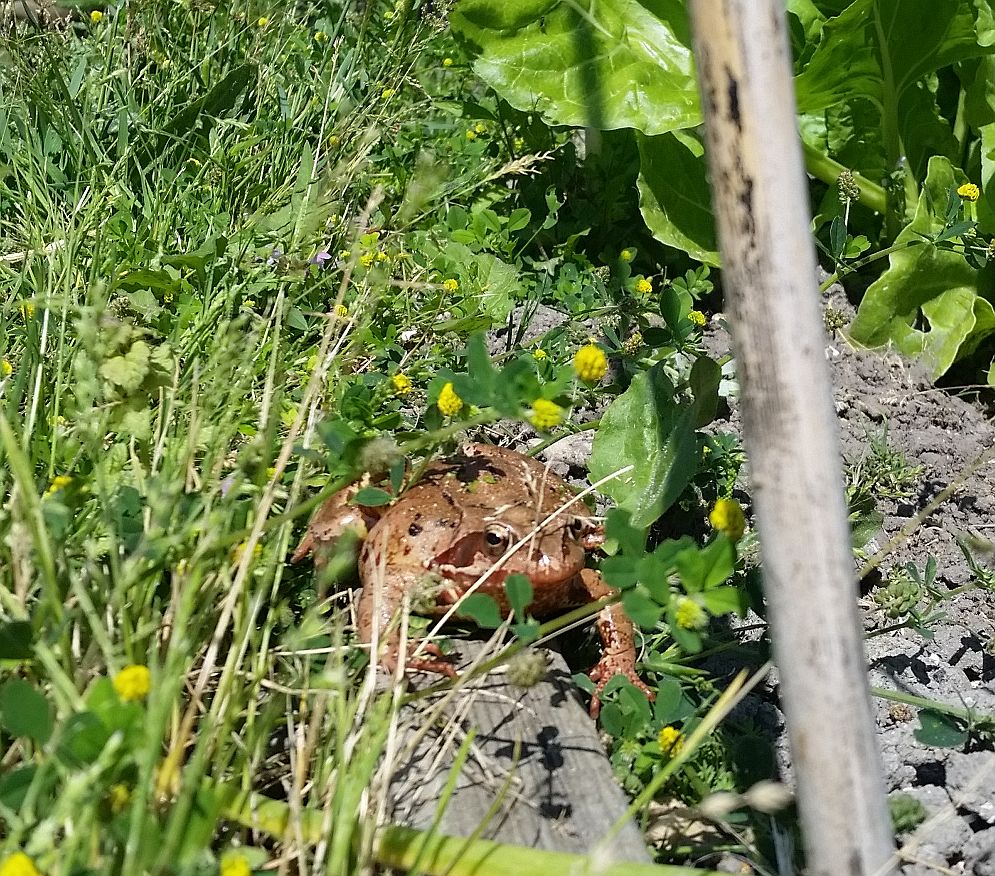